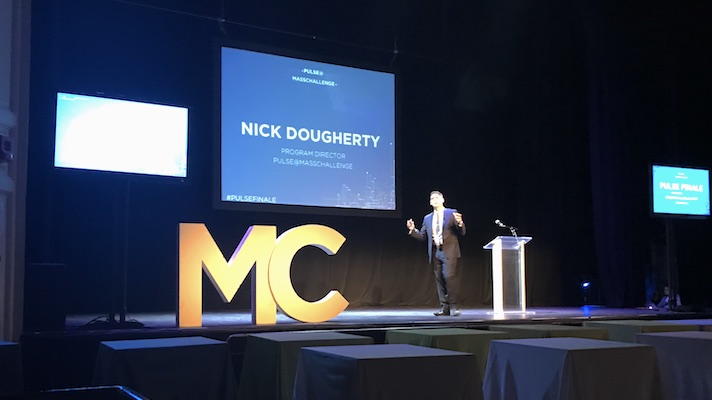 The Pulse@MassChallenge startup incubator operates much like any other startup accelerator. But the differences are key — the program, part of a public-private partnership with the Commonweatlh of Massachusetts, takes no equity in the startups and doesn’t accept startups unless a major healthcare stakeholder wants to work with them as a “champion” in a relationship that’s half mentorship, half pilot program.

Pulse held its awards ceremony June 13th at the Wilbur Theater in downtown Boston, officially sending off its first cohort of 31 startups and awarding $200,000 to three winning companies.

“When Nick invited us to become a part of this program, he started by asking us ‘What are your strategic priorities?’ And then he asked us to come and reverse pitch startups,” Jackson said. “So for a big hospital that gets a lot of requests, that was unique. And that tells me that the Pulse program is actually interested in building a genuine community. And so MGH did come to play, we’re so glad that we did, and we’re really looking forward to continuing to support the growth of these awesome startups next year.”

Read the rest of the recap here.